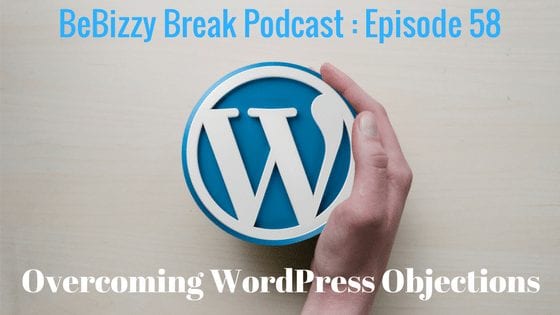 In this episode we talk about how overcoming WordPress objections, the iPhone X, Skype and an update on my Pixel 2 XL phone.

Happy Birthday to us! Today is BeBizzy Consulting’s 9th anniversary. Happy to be around and serving our clients in website design, hosting, marketing and search engine optimization for many years and looking foward to the future!

Have you already overcame WordPress objections in your organization? Contact BeBizzy Consulting today and let’s get you on the web!