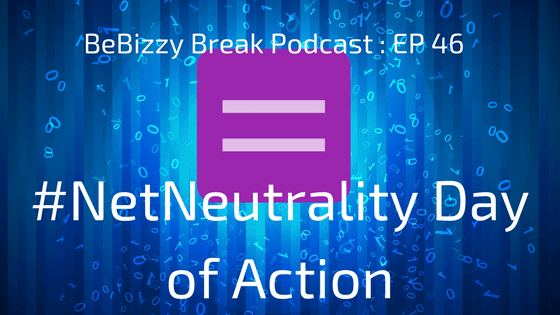 Today’s episode is a quick view of #NetNeutrality.

If you’re unfamiliar with Net Neutrality, it’s simply the call to ensure the same speed, access and availability for all websites… basically what we have now.

Many companies, and of course some internet providers, would love to have priority access to the web, making their sites run at full speed, and throttling the rest of the websites.

Many people and companies are speaking out in defense of net neutrality, including Tim Berners-Lee, the man many credit with inventing the internet.

Join in the discussion and defend Net Neutrality by getting involved on Twitter using the #NetNeutrality hashtag, communicating with friends, family and elected officials, and supporting the companies listed on this article from the Verge.