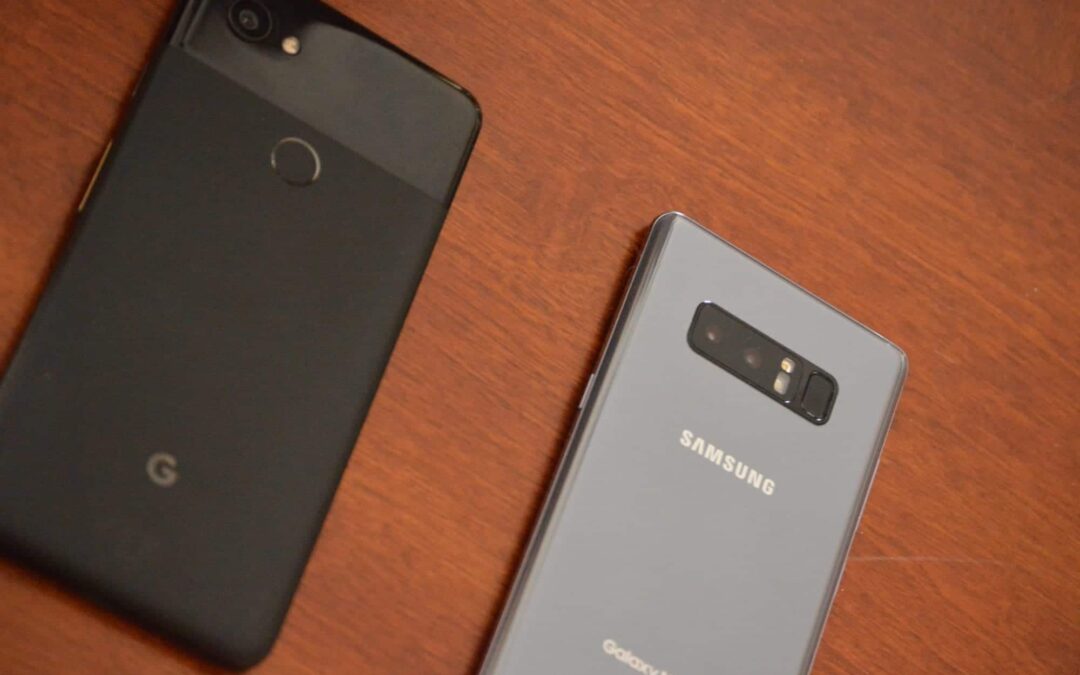 Weeks ago, I promised a comparison between the Google Pixel 2 XL vs. the Samsung Note 8 smartphones. I purchased the Pixel 2 XL prior to Christmas in 2017, and as a #brandpartner for Verizon wireless, I was given a Samsung Note 8 a few weeks ago to test and talk about.

I’ve finally got a few weeks under my belt of using the phones at the same time to do basically the same things, and I’m finally ready to give my impressions.

First of all, I’d like to preface the comments on the comparison of the Google Pixel 2 XL vs the Samsung Note 8 by stating you can’t go wrong with either of these phones. There are differences, and frankly if you could combine the two of these phones you’d have the perfect smartphone… and probably the most expensive. So I get it, you can’t have everything in one phone, but a guy can dream, right?

A couple of other things before I continue. I use both phones with a plastic cover on the back and a glass protector on the front. This ads some bulk and minimal weight but keeps the phone protected against dropping and normal wear. I am also comparing these phones in their ability to conduct business more than as a “leisure” device. So taking photos of kids will be less important than ability to run apps, answer emails, etc. (although I DO take a ton of pictures of my dogs).

Here is some basic spec information on the Pixel 2 XL vs. Note 8.

Both phones are roughly the same size, weight and “bulk”. But I’m used to a large phone so this isn’t a big deal. Even though it’s technically larger, the Note 8 just seems smaller and lighter. It is thinner and maybe that lends itself to tricking it’s the smaller phone. The bezel is also smaller on the Note  8 than the Pixel 2 XL which provides some extra screen real estate at the top and bottom of the screen.

In true Google fashion the screen is good, but not awesome. My impression of Google in regards to their hardware, and in some cases their software, is here it is, it’s functional and wonderful, now go use it. The Note 8 screen is probably the best screen I’ve seen on a smartphone. However, watching YouTube videos (for work!) seems better on the Pixel 2 XL because the screen isn’t as “stretched” for some videos. One note regarding the Pixel 2 XL and burn-in… I’ve had the phone since the release date and have had no burn in visible on the device.

Something that is a great addition to most Android phones in the last few years is the existence of a fingerprint sensor. Both of these phones have them as a way to log into the phone, but the Pixel 2 XL seems much more easy to use because of placement than the Note 8, which sometimes forces more manipulation of the phone in order to reach the sensor especially when using a back cover.

One final point on the look & feel, typing is easier on the Google Pixel 2 XL. No idea why, just fewer typing mistakes on this device. They are virtually the same size, so I wish I had a reason but I do not.

If you use your phone primarily as a business communication device battery life is a primary concern for you. And both of these phones offer excellent battery life with a 3520mAh battery on the Pixel 2 XL and a smaller 3300mAh on the Note 8. The slight decrease in batter size on the Note 8 IS noticeable when you’re working away from a charger, taking lots of phone calls, or using the screen a lot. Testing data reveals the Pixel 2 XL has a very impressive battery life of over 12 hours when being used consistently to view the web over a 4G connection, while the Note 8 comes in at just over 11 hours. Real-life experience has shown me the Pixel 2 XL to be even more protective of it’s battery level.

Both batteries charge extremely fast when using their provided charging plug and cable. And one feature I really miss on the Google Pixel 2 XL is the presence of wireless charging, which is a feature of the Samsung Note 8.

Both of these phones have the same processor, the Snapdragon 835. And while the Note 8 has a slight advantage in actual processor testing data, it just feels like the Pixel 2 XL is quicker and better at handling requests to process data. Even with it’s added 2GB of RAM, the Note 8 occasionally lags or locks on certain requests, while the Pixel 2 XL just hammers it out quickly and smoothly. Now don’t get me wrong, the Note 8 is wonderfully quick and opens multiple apps well, again it’s more of a feeling that justifiable. And when you have invoicing, social media, mileage tracking, calendars and more open, seconds count.

In regards to network and voice performance, the Google Pixel 2 XL is better here as well. I work in a downstairs office with only a very small window. The rest is concrete walls on three sides, so it’s a bit of a bunker. When using the Note 8, I get a noticeable dropping or cutting out of calls in comparison to my Pixel 2 XL with two bars compared to three on the Pixel XL, and even the Wi-Fi radio seems to have a better, longer-reaching connection.

Here’s where some of the comparisons have issues. The Google Pixel 2 XL is running Android 8.1.1 (Oreo) and the Samsung Note 8 is running 7.1.1 (Nougat). This software upgrade is just a few days away from the Note 8, but as it stands now there are a few things that lean towards the Pixel 2 XL. Security upgrades, notification dots on app icons, picture in picture on videos and some notifications on apps that are killing your battery are an advantage Oreo brings and that means the Pixel 2 XL wins.

There also is the “stock” Android versus the modified Samsung Android experience debate. Stock is just that, no extra default apps installed, no bloatware, and no Bixby (Samsungs smart assistant) which even has it’s own button on the Note 8, and also which I have disabled.

One of the drawbacks of the Google Pixel 2 XL vs. the Samsung Note 8 is what was a benefit in the software section above… stock. On the Pixel 2 XL you get what you get. No SD memory slot, smaller RAM, no S-Pen, just a stock version of Android 8 running on an awesome device.

So the Note 8 easily wins this category. First, the memory expansion. I use my extra memory for a lot of things. I store music (I am a DJ), I store web files, I store data backups, things that will come in handy if I cannot get access to the Verizon network (which frankly doesn’t happen too often). I do miss the expandable memory, which is really why I paid the extra money for the 128GB version of the Pixel 2 XL.

So let’s talk about the S-Pen. The S-Pen is one of those things you don’t miss until you do. I so rarely use it, but when I do it’s for something pretty important like a diagram, quick hall layout when talking to bridal clients, a website example, or just a quick note. I actually do use it quite a bit on my Samsung Chromebook Pro, and before that on my Samsung Note 10.1 2014 tablet. Both of these are larger form-factors and easier to write, but the pen works the same across all of these devices.

This is going to be quick. The Google Pixel 2 XL is the best sounding smartphone I’ve ever owned. Period. The dual front-firing speakers are louder and can broadcast sound regardless of how you are holding the device. The Note 8’s small speaker on the bottom of the device gets covered up or just is so small it doesn’t carry very well.

This sound advantage continues to the phone itself as well. The sound quality on normal phone calls is better than even wired phone systems, and if used on speaker phones there is no comparison of the Google Pixel 2 XL vs. the Samsung Note 8.

Also, Bluetooth seems more stable and less “laggy” when on a phone call. That’s probably a product of Oreo vs. Nougat, but I call it like I see it.

Both of the cameras on these devices are spectacular. The Google Pixel 2 XL is a bit more balanced and more accurate for colors, and the anti-shake correction on videos is pretty awesome if you are using it attached to something that moves, in a vehicle or on a bike, and just walking or running.

But again, the cameras on both the Google Pixel 2 XL and the Note 8 are great features, but many articles claim the Google Pixel 2 XL camera to simply be the best phone camera available and I agree. So crank up the resolution on those photos of whiteboards, presentations, or anything else for work, then get them saved to your unlimited Google cloud storage for use later. 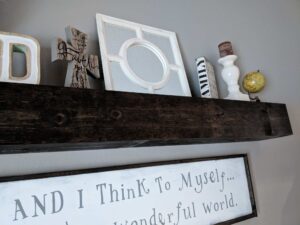 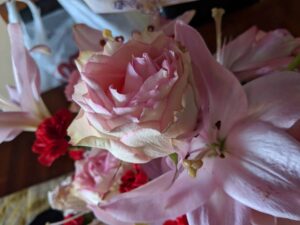 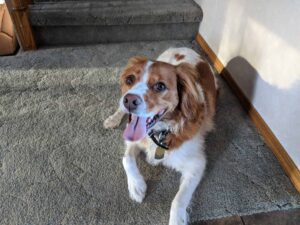 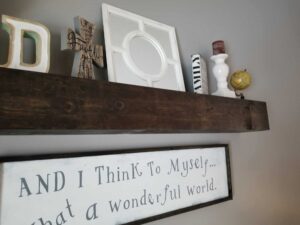 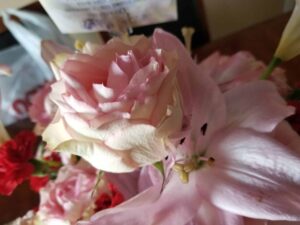 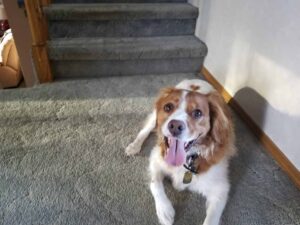 Well, looking at these results and forced to make a decision, I would choose the Google Pixel 2 XL vs. the Samsung Note 8. I’m sure shortly after I publish this Android 8 will get installed on the Note 8 and we’ll have to do this again, but as it stands now, the Google Pixel 2 XL just has too much going for it starting with the better operating system, then easier to use form factor, easier to use fingerprint unlock reader, better sound, better battery life, and snappier performance.

However, if you want that extra 1/4″ or so of screen real estate, a seemingly smaller footprint, wireless charging and ability to add a very large SD storage card, the Note 8 is for you.

Both phones are significant increase in quality over their last versions as well as their flagship competitors, so really you can’t go wrong. And the large footprint is simply awesome if you use it for many business tasks, note taking, and communications.

Have any questions or suggestions on going paperless? Leave them below, or send them to me @BeBizzy on Twitter!