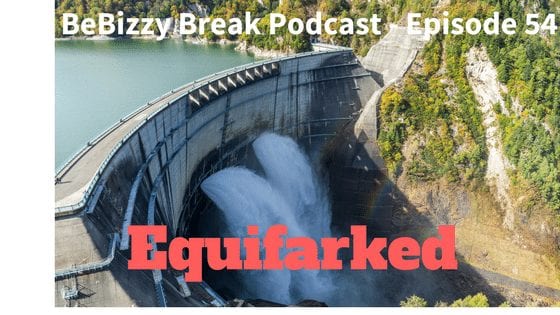 In this episode we talk with Sara Hawkins about the Equifax breach and what you can do now.

And now to the even bigger issue in the last several days, the Equifax breach.

Don’t forget to send us any suggestions for apps to review or people to interview. And subscribe to the BeBizzy Break Podcast on iTunes and Stitcher Radio.
And as always, leave the technical stuff to us!