Episode 64 – Make Sure You Have Backup Systems 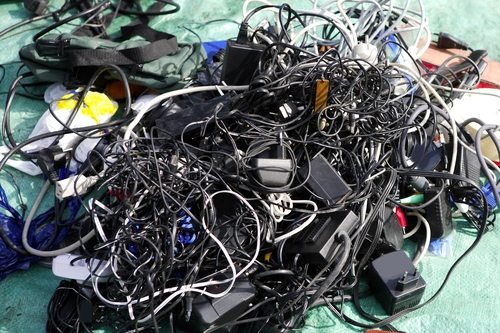 Do you have a critical piece of

Now I know this makes me a bit out of the ordinary. Most people still default to notepads, post-it notes, or random pieces of paper to keep short reminders, meeting notes, and ideas, but maybe it’s time for you to buckle down and think about using your technology to do this job, and de-clutter your life and business.

Always have a backup system!

Ever been in a position where your data is corrupted to the point of not being able to do work? Or how about a critical piece of hardware doesn’t work and you’re dead in the water?

Back in my tech support days, a guy called in and said he was losing $1000’s of dollars a day because his internet connection was down. We went around and around trying to get him up and running, and had to run a technician out because it appeared to be a line issue. Again he stated it would cause him to lose $1000’s a day! $20, $40 or $50 a month for a second internet connection doesn’t seem like too tough of a purchase when you’re losing that sort of money a day.

How this topic emerged was I just worked on a night club’s sound system last night. After an hour or so of troubleshooting the entire system while it was LIVE entertaining nightclub customers, I narrowed it down to the sound board was freezing (confirmed with dozens of similar issues on search).  We really had three options. 1) Stay the course and have the sound interrupted every four or five songs… not a good solution but not impossible to do. 2) Hotwire it by running mics and everything through the Denon controller straight through to the amps. Or 3) replace the board with the old board and hope everything worked. We let it ride for the night, went back to the old system the next day, and sent the board off to be worked on or replaced.

At BeLoud Entertainment, my mobile DJ company, I have two computers, both have music software and lighting software installed. If the light software fails the lights can all be set to sound active. I have an extra speaker in the trailer in case one of the speakers blows up. There’s at least two microphones (one wired) so I can always communicate. And if my board fails, I can run straight from my computer to the speakers.

I also got a call from a regional construction company where a computer was held hostage by malware and the person responsible wanted $1000 in bitcoin to de-encrypt the data files. That person backed up everything EXCEPT his computer, which held all the files for bid, financial records and more. Had that data been backed up the solution would have been to wipe the computer, re-install Windows, and push the data back onto the device.

The best way to ensure you have backup systems in place for your critical processes is :

Disclosure: As member of a pretty cool team of influencing users, I received mobile devices with line of service from Verizon (#ad). No additional compensation was provided nor did I promise a positive review. All opinions are my own. By the way, we meet every Friday @ 2pm CT on Twitter to discuss mobile phones and how you can use them in your daily lives. Join us!  #BetterMatters #brandpartner