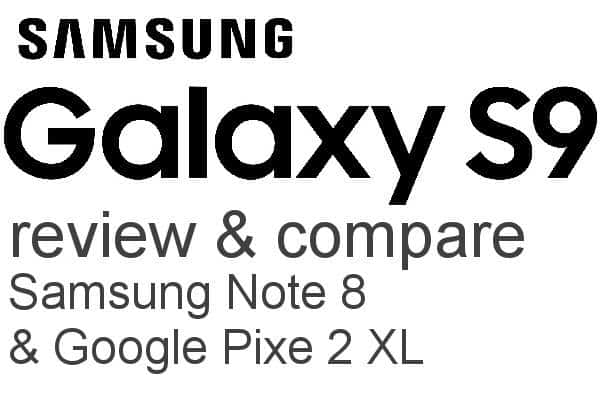 We’re back after a few weeks of traveling, too much work, and an illness thrown in for good measure with episode 66 of the BeBizzy Break Podcast where we discuss the Samsung Galaxy S9 phone and how it compares to the Samsung Note 8 and the Google Pixel 2 XL.

Before we get into the main portion of the podcast, I have a few smaller items to talk about; a cautionary tale and two reasons to back up.

Compared to the Note 8 and the Pixel 2 XL, the Samsung Galaxy S9 is only 3/4″ of an inch smaller, but boy is it noticeable! Carrying in my front pocket was much less bulky, and holding the phone in my hands was significantly different that the other two giant phones.

Typing and some other “business” uses were a bit more difficult with the smaller screen, so if you do a LOT of critical functions like posting to work social media, composing long emails, or maybe even typing notes, the S9+ may be a better option that the S9.

If there was one place I saw a drastic difference in the S9 compared to the other two phones it was the battery. I’m a big power user so the more battery I have the better. The S9 only has a 3000mAh battery, but the S9+ has a 3500mAh battery which is more comparable to the Note 8 and Pixel 2 XL. The larger form factor has the benefit for more room, which is largely taken up by the battery.

The new Samsung Exynos 9 processor in both of these devices is fast! Boot times, app opening, even page transitions are noticeably quicker than the Note 8 & Pixel 2 XL. There’s some discussion on whether the Exynos 9 is on par with the A10 processor in the Apple iPhone X and tests seem to place it right in between the A10 and the Snapdragon on the other flagship phones. Either way, this is really quick  even compared to just the last version of the S-series phones.

Luckily the Samsung S9 and S9+ come with Android 8 Oreo installed so the security and feature updates are available. Not surprisingly the Google Pixel 2 XL is running an even more advanced of Android. But what IS surprising is that the Note 8 is still running Android 7.1. As of this recording AT&T has started rolling out Oreo for the Note 8, but we’re still waiting on Verizon (hopefully we’re just waiting until after the Easter holiday weekend to make sure there’s no run on the call center, so next week?)

While the Note 8 still had the standard single speaker on the bottom of the phone which can easily be covered up and muted, the Samsung S9 has some amazing sound quality built in. They are running a surround system with Dolby Atmos technology and plays back great sound even if the exposed speaker is covered by the hand, clothing or other method. It’s not quite as good as the Google Pixel 2 XL, but this is simply because the Pixel 2 has stereo front firing speakers built into the bezel, which costs a little real estate on the screen, but features great sound.

I’ve saved the best for last. The Super Speed Dual Pixel camera on the S9 is simply better than the Pixel 2, which as been crowned the best smartphone camera for several months. The Auto function does a great job of selecting the right white balance, exposure and focus. And if you go to the Professional mode, you can get really creative with all of those functions. But on the video side, the Super Slo-Mo camera is really innovative. At 960 frames per second for short burst the super slo-mo camera delivers crystal clear slow motion video. And it didn’t really matter how fast the video was moving. The low-light capture is stunning with no artifacts in the darker sections of the photos. FYI, to open the camera quickly you can double-press the power button.

As a phone for personal and light business use, I would have no problem recommending the Samsung Galaxy S9. It’s the fastest phone I’ve ever owned, the screen is great, sound is amazing and the camera is the best smartphone camera available.

I’m a bit of fan of the larger form factor, and while I didn’t get a chance to test the S9+, I have held one in a Verizon store and played with it. The form and performance is similar to the Note 8 making typing and other tasks a bit easier for me.

Don’t forget to subscribe to the BeBizzy Break Podcast on your digital assistants like Amazon Echo, Google Home and on your podcasting apps like Apple Podcasts, Stitcher Radio or wherever you get your podcast files from, like the PocketCasts app!

Got a suggestion for a topic, interview or other show idea? Send it over at BeBizzy.com or on Twitter @BeBizzy

Have a great easter weekend everyone, stay safe on April fools, and we’ll see you next time on the BeBizzy Break Podcast!

Some photos and videos from the S9 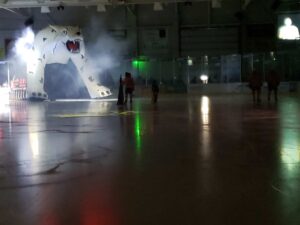